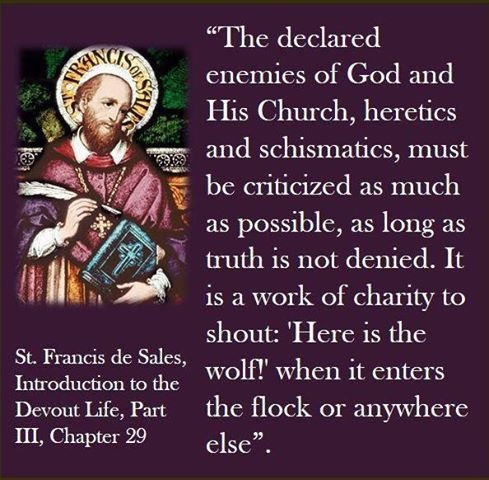 A False Prophet Speaks ( Fr. Longenecker): The Vocations Crisis is Over

When I say this is a prophecy I don’t want to suggest that I have had some sort of supernatural vision. This is not a prophecy in that sense, but a prophecy because prophets not only sometimes have supernatural revelations, but they are people who are also able to see the big picture, understand the times and circumstances and know the past so they can therefore predict the future.

So here is my prediction: the vocations crisis in the Catholic Church in the United States is over.

Here’s why: Fifty years after the revolution of the Second Vatican Council we are moving on from the tensions it created. Those tensions existed because Catholics kept comparing the pre-Vatican II church to the post-Vatican II church. The ones who did this most were the folks who went through the Vatican II revolution. The Vatican II modern Catholics–for their whole life–could not help but compare the “new” church to the “old” church. Everything was viewed through that lens. A pope, bishop, priest or theologian was therefore either “conservative” and “pre Vatican 2″ and trying to turn the clock back or they were “liberal” in favor of the “Spirit of Vatican 2″ and progressive.

To be blunt, those people are old. Not only are they dying out, but their ideas are dying out. Their places are being taken by a younger generation of Catholics who do not remember the Vatican 2 wars. The old folks would like to brand the young Catholics as “conservatives” or “traditionalists” or even “arch conservatives”. Some of them are, burt most of them are not. They are young. They’re smart and they simply want to be Catholic. They’re not buying into the whole liberal agenda, but most of them also don’t care that much for the traditionalist agenda.

This is the Papal Bull by Pope Leo XIII issued on September 18, 1896. It officially alerted the Catholic world and Anglicans that those ordained in Anglican rite of Holy Orders is not a true sacrament and therefore Anglican priests are not true priests, their Orders are null and void, and therefore no sacrament is confected, ergo NO True Presence on Anglican, Episcopal or Novus Ordo “altars” for His Holiness Leo XIII also referred to the nullity of episcopal consecrations (consecration of bishops). When one studies the Anglican rite and what the Magisterium of the Church rightly rejected, one is shocked that those Anglican rites are actually much more Catholic than newchurch’s revamped synthetic so-called sacrament of Holy Orders, fashioned illegally by Giovanni Montini in 1968 with his novel revolutionary New Order nonsense in the counterfeit church of conciliarism. If Leo, through thorough study, prayer, and consultation with the infallible perennial Magisterium of the Church, determined that the Anglican rite is null and void, then there is no doubt that the Novus Ordorite of Holy Orders and episcopal consecration since 1968 have to be NULL AND VOID as well.